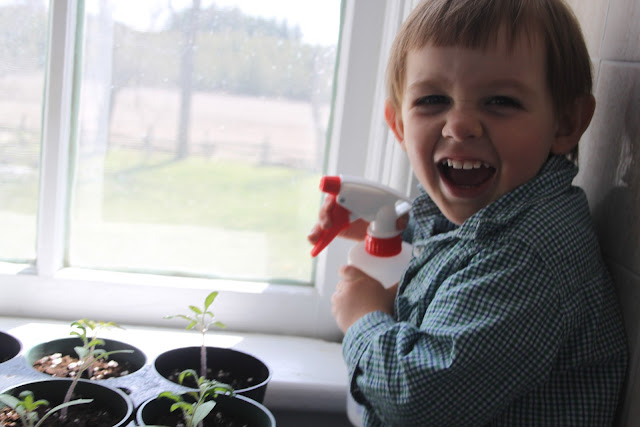 We have seedlings! We also have very ardent seedling waterers. Hopefully our young plants will survive our two exuberant gardeners! 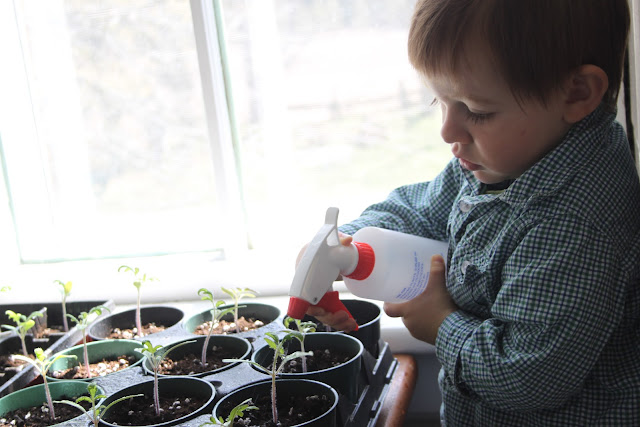 We planted these seedlings in mid-March, and most of them are doing pretty well. We're growing three types of tomatoes, peppers and cauliflower. They're upstairs in a south-facing window where they're in sunlight all day. The most important element in their survival is that they're upstairs, away from unsupervised watering! 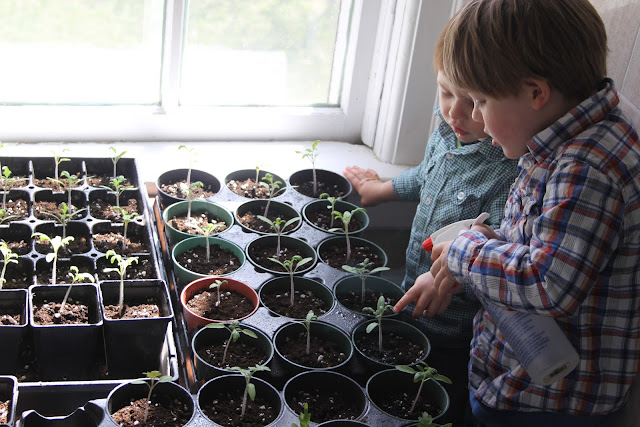 While we start the early seeds in the garden, these plants are growing inside in preparation for transplanting later in May, when the danger of frost has passed. They definitely won't be lacking in water while they wait! 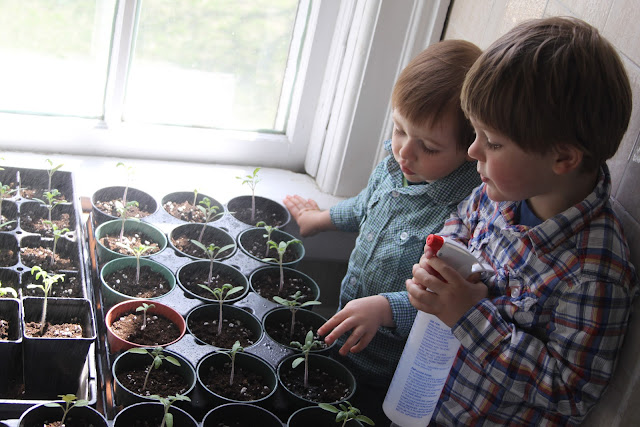 We've found that most plants do better when planted directly in the garden, as they naturally become accustomed to their environment, and don't have to re-condition themselves when moved. However, there are vegetables that do best when started inside as seedlings, such as tomatoes, cauliflower, eggplants and peppers, among others. The optimal indoor growing conditions indoors is below lights, as then the plants will grow straight up and won't get as 'leggy'. We don't have a light system set up, so we set our plants in a south-facing window, the next-best growing environment.
Be aware that the seedlings then have a tendency to turn towards the light, which creates a longer, or 'leggy' stem. We try to remember to turn the trays each day, so the plants balance out and don't permanently strain in one direction. 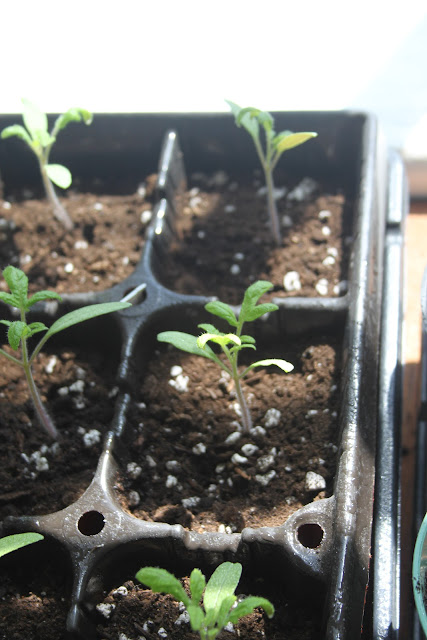 Last year we found that some of seeds didn't grow at all, so we bought organic seedlings from a garden supplier, and those plants did great. As it's only mid- April, there's still time to start many varieties of plants indoors, but if you don't get around to it, don't despair, as you can always purchase seedlings to transplant when all danger of frost has passed in May. When those big luscious plants are thriving in your garden in July, no one will know which ones you grew on your own and which ones you bought and transplanted! 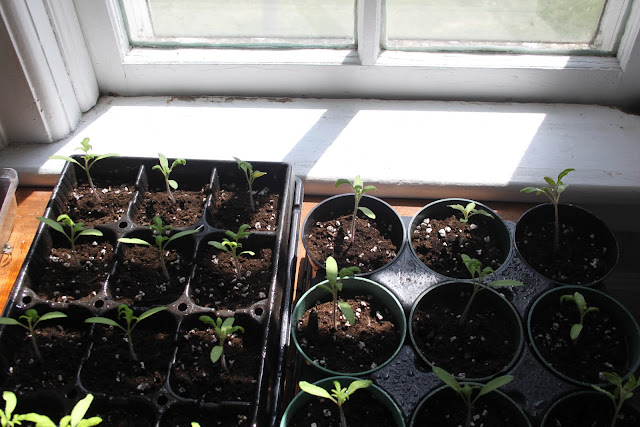