So you've heard of Slow Food...here on our farm we practice Slow Gardening. Whether we want to or not! 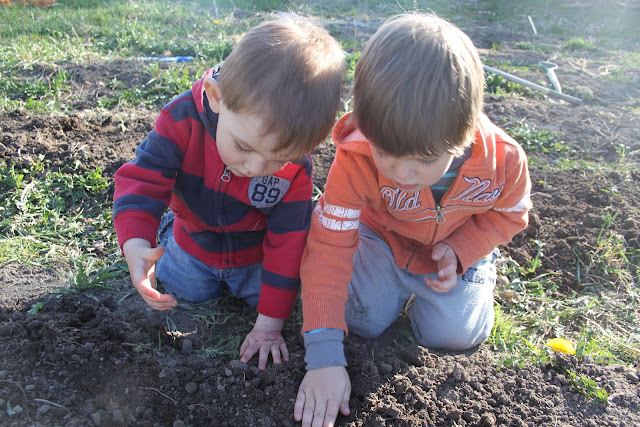 We're starting the huge task of preparing the soil in the garden and planting the seeds that can go in early. I had two eager helpers, so we got lots of planting done quickly. Not exactly. 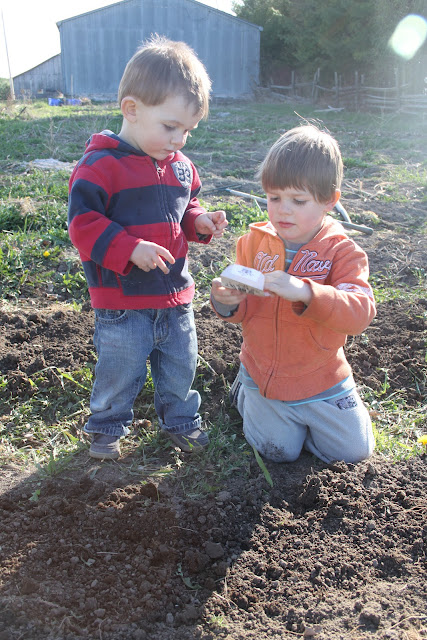 After two hours of working in the garden, with three trips inside for snacks and drinks, one poopy diaper change, one rescue of a crying explorer from the woods, one kiss on a hurt knee of another intrepid adventurer, countless admonishings to " Stop wandering away", numerous splittings up of battles with rakes and shovels, we had two partial rows planted. 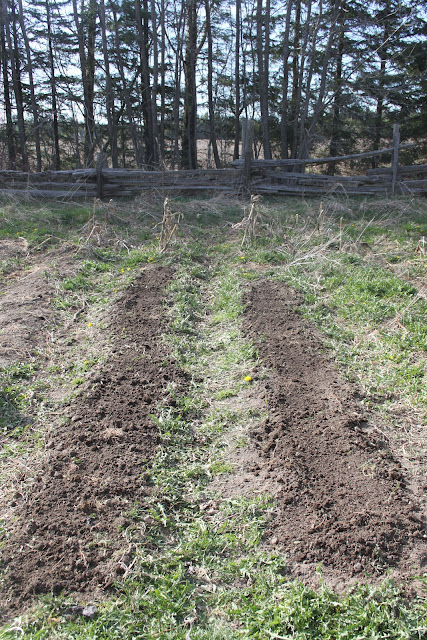 Only twenty-nine more to go! Thus was born the Slow Gardening movement. 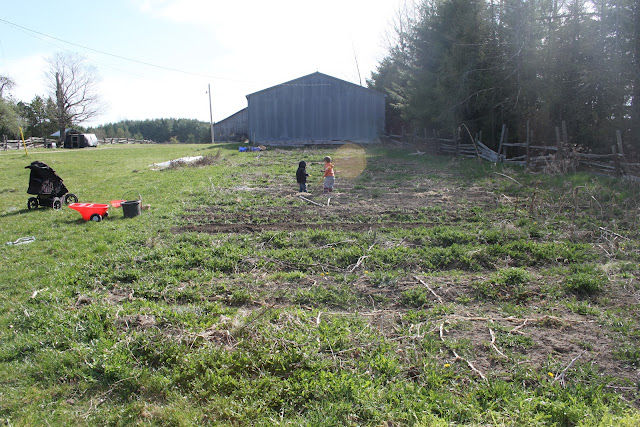 This is how baby Lily helped. 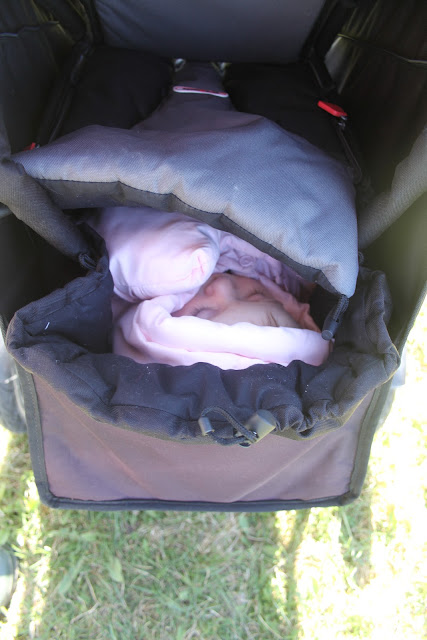 Starting our garden last year was completely different than this year, as we were starting from scratch last year. That meant that the soil was similar throughout the garden, and so we planned the placement of the vegetables in the garden according to their benefit to each other. Many plants have companion plants that aid in detracting or fending off harmful insects or other pests, and some plants do poorly placed next to certain plants, so we planned our garden based on these facts. 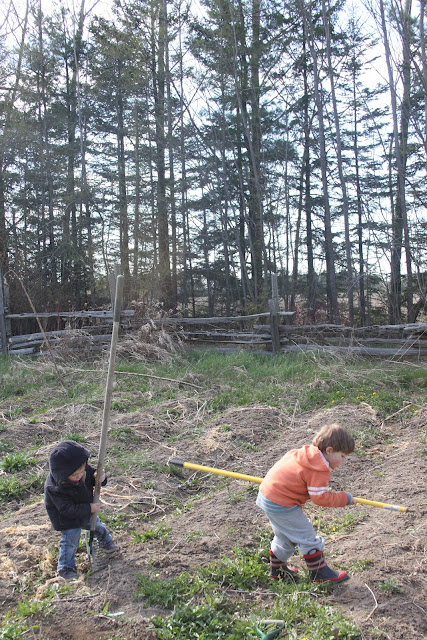 This year will be different, as we'll be placing our vegetables in a four-year rotation plan, using the soil needs of each plant to determine the placement in the garden. Companion planting and pest control will also factor in, but soil needs come first!
We'll divide our crops into groups on the basis of their nutrient requirements, growing the 'hungry' ones in the most fertile soil and the lighter feeders to follow. Also, some families of plants are prone to particular diseases and specific pests. By rotating the crops each year, certain diseases and pests won't take hold and we give the soil a chance to replenish itself. 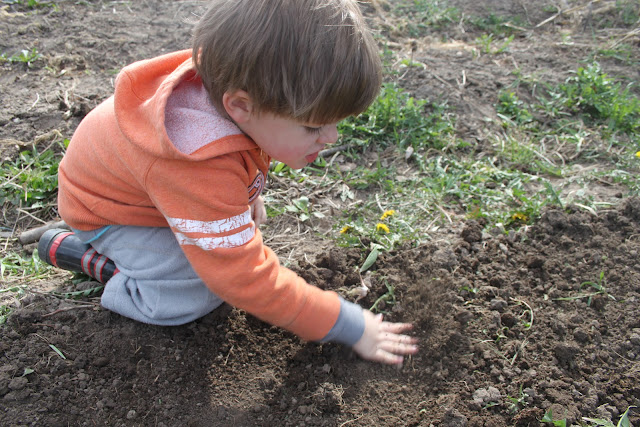 We're still working on the perfect placement of each vegetable in the plan, but our starting point is maximizing the benefits of the nutrients left in the soil by the peas and beans we grew last year.

Legumes such as beans and peas fix nitrogen in their roots for future crops. For this reason, it's best to leave the roots of these crops in the soil when they're harvested. The brassica group, consisting of vegetables such as broccoli, cauliflower, kale, radish, turnip, rutabaga, brussel sprouts, cabbage, kohlrabi, mustard and oriental brassicas, are leafy crops that need nitrogen-rich soil.

In order to capitalize on the nitrogen-rich soil created by the peas and beans last year, we started by planting lettuce, kale and radishes in these rows.

First, we cleared away the branches used to support the peas and beans last year. 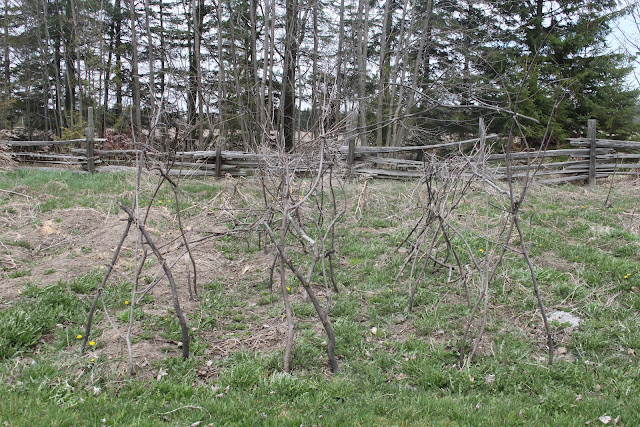 I had some help clearing away the branches! 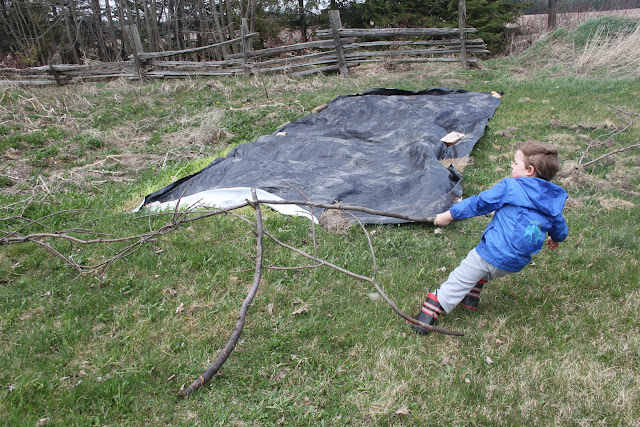 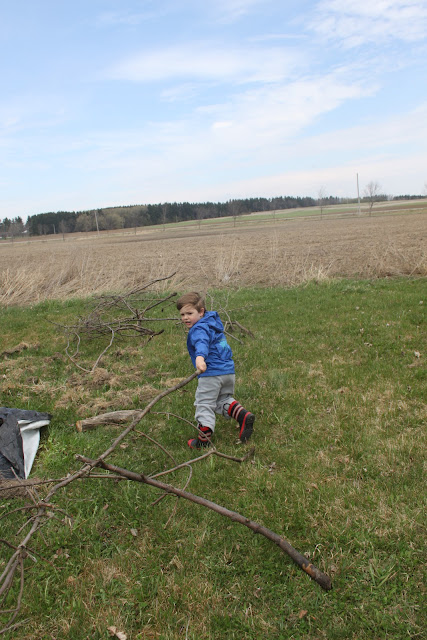 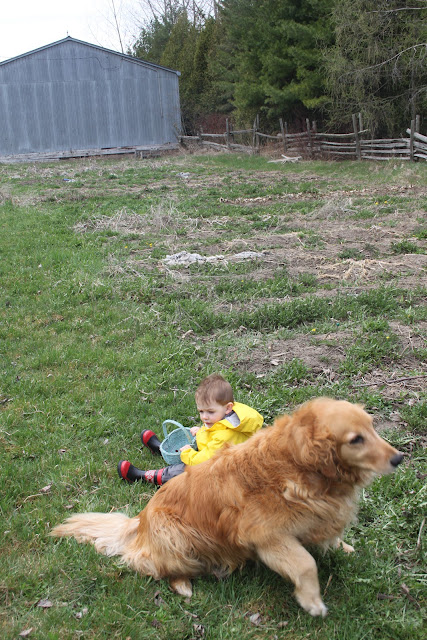