In celebration of Mother's Day this weekend, and in the spirit of spring and my dandelion recipe kick, I've created a little something I'm calling: 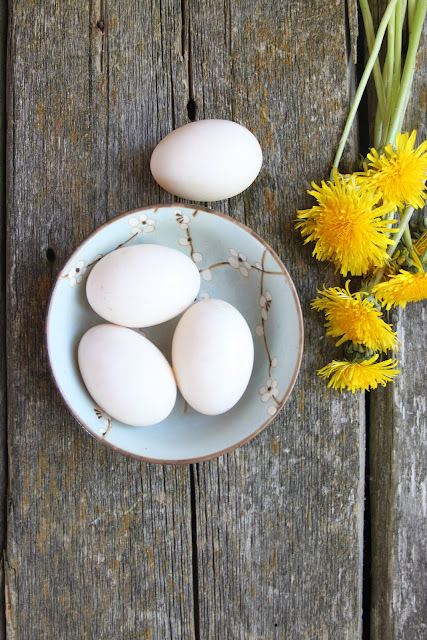 This is a really fast and easy frittata, so you can quickly whip it up and then enjoy some time with your family this Sunday! ﻿ 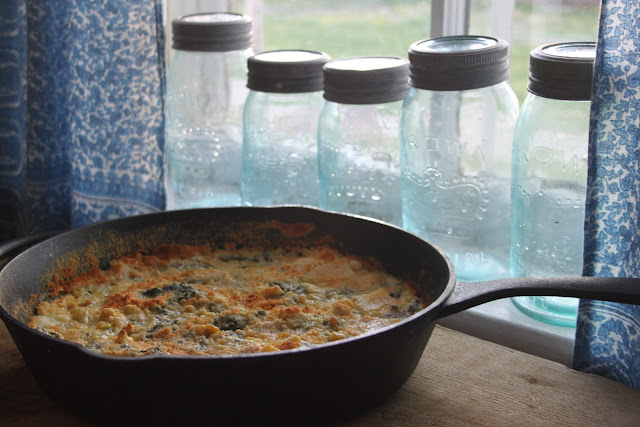 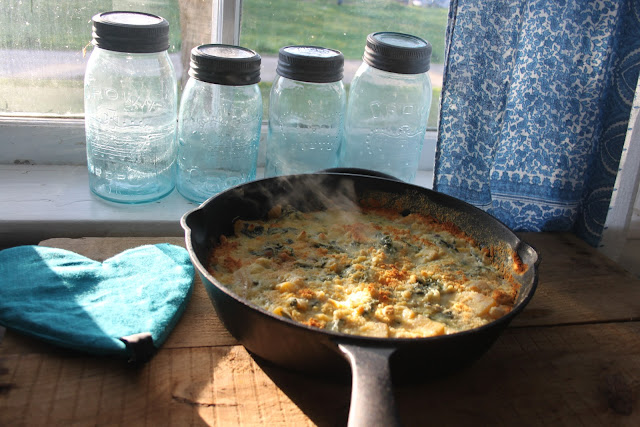 I'm excited about this recipe because I managed to use three ingredients from here on the farm. I used dandelion greens from our yard, duck eggs supplied by our new ducks and pumpkin that was frozen from one of the pumpkins we grew last summer. Beat that locavores! You can't get much more local than that. 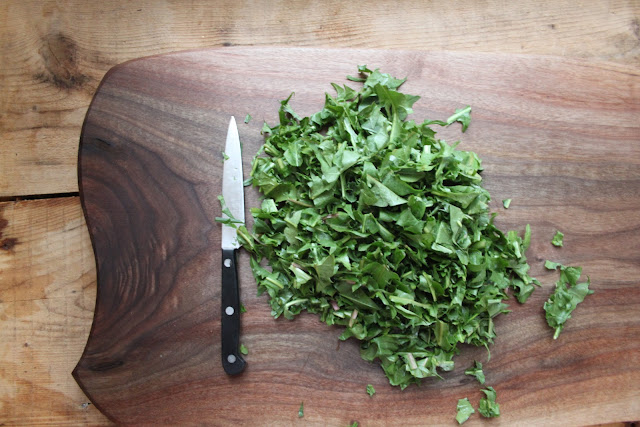 If you saw my post a couple of days ago lauding the virtues of dandelions and their health benefits, you'll understand why I used dandelions as greens instead of something more conventional. If you know me and you're reading this you're probably thinking " Who does Anna think she's kidding? She can't just invent recipes and expect me to eat them! She's no chef! "
Well, you would be correct. I'm not inventing recipes, just re-inventing them. This recipe is one I use a lot with greens like kale and spinach, and comes from a food blog I follow called The Muffin Myth.
If you don't want to use dandelion greens, then substitute another green like kale, but I'm all about using dandelions right now as they're healthy, free greens that are ALL over my yard! 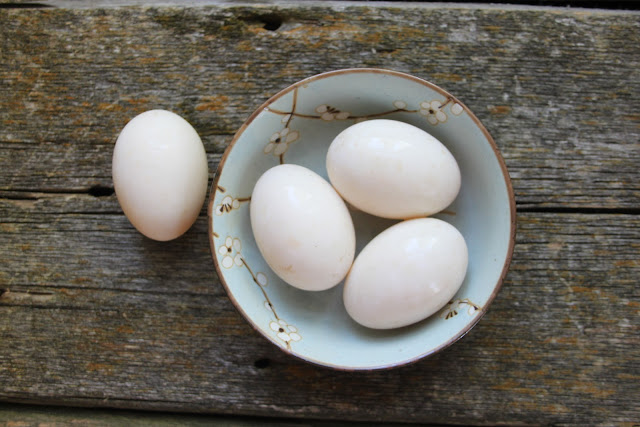 A word about the eggs-aren't they lovely? I'm so proud of our new ducks and the one egg we get a day! We were all excited the first morning we found a single white egg in the duck pen, a couple of days after we got our ducks. The problem is, we have two adult females, but are only getting one egg a day...what is up with the non-laying duck...and which one is it? I actually saved four eggs to make this frittata so it would be duck eggs only-I'm a purist. If, for some reason you don't have a flock of ducks...not sure why you wouldn't...then you can use chicken eggs- or any eggs, for that matter...quail, goose, emu...I'm not going to judge. 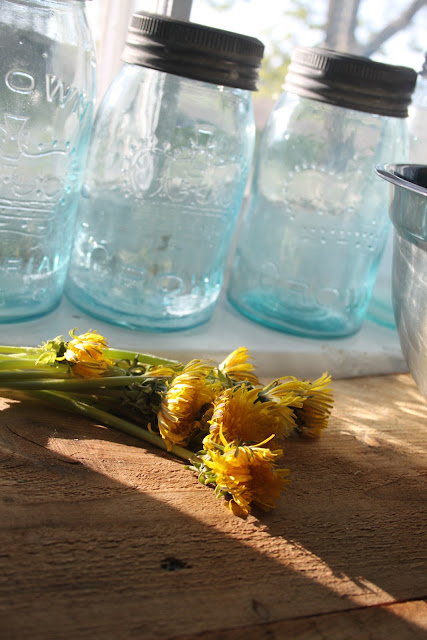 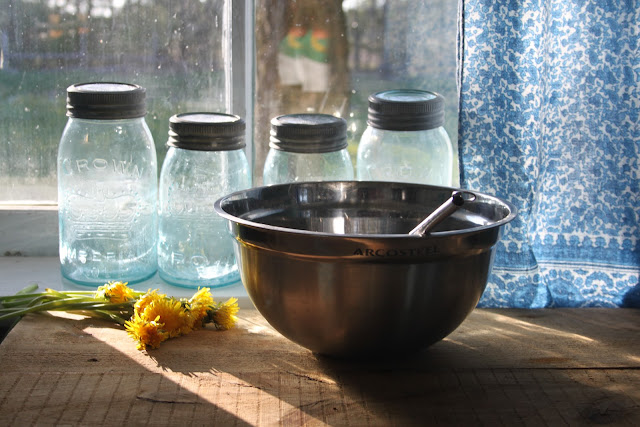 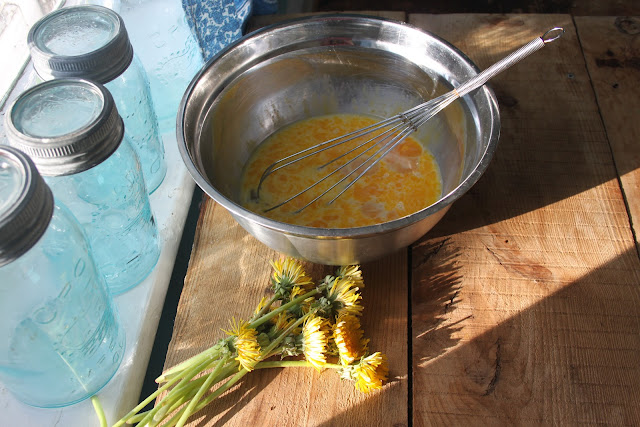 Lastly, I used pumpkin from the monster pumpkin we grew last summer, as I want to incorporate it into our meals until it's used up. This amazing pumpkin kept perfectly in it's shell in our kitchen all winter and we finally cut it open in March. We cut it into chunks and stored it in the freezer, and have been using it since then. This is the last batch from the freezer, so we have to enjoy it! Now, the original recipe also called for pumpkin,  but I don't expect you have any pumpkin handy this time of year. You could use canned pumpkin, and I'm sure it would taste wonderful if you substituted sweet potato or squash instead. 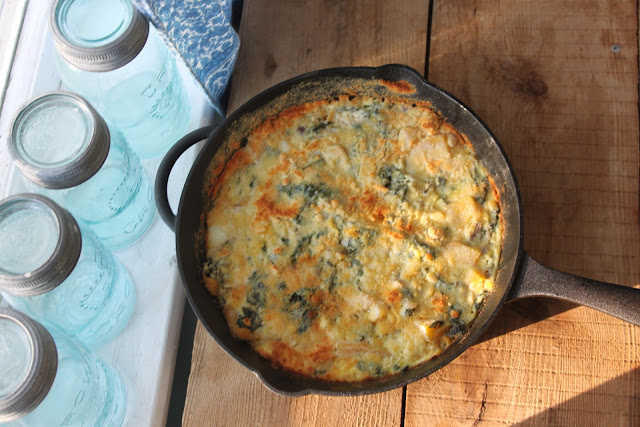 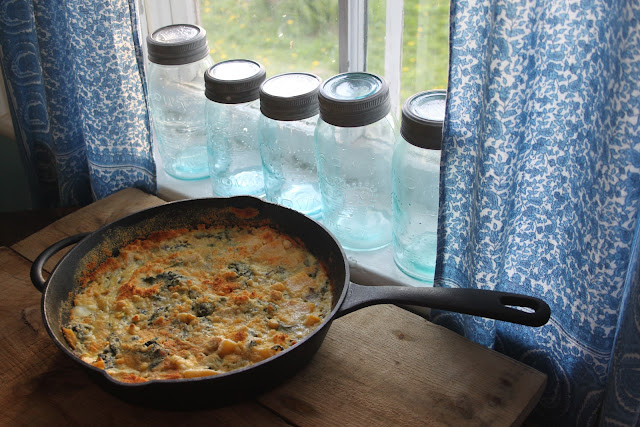 This recipe is for a small, four egg frittata, which is perfect for two adults and two boys who won't sit still and eat more than 10 bites. If you’re making this for a group of people, simply multiply the ingredients accordingly. A bigger frittata will take a little longer to cook, so plan accordingly.

Turn on the broiler in your oven to pre-heat. Heat a small skillet (or larger, depending on the size of your frittata) over medium high heat. Place  the greens in the pan with a small amount of water, cover with a lid, and let steam for a couple of minutes. Remove greens from the pan and set aside. Heat a tsp of olive oil in your skillet, and add the onion slices. Cook until brown, but not burnt. Meanwhile, in a small bowl whisk the eggs together with the milk. Once your onions are brown, add the pumpkin and steamed greens into the pan (squeeze excess water out of the greens first), and toss around with a little salt and pepper to taste. Pour the egg custard over top. When the egg looks like it is about half set up, turn off the heat, sprinkle the cheese over the top, and put the skillet in the oven under the broiler. The frittata is done when the egg has set, and the top is brown and bubbly. Remove from the oven and let sit for 5 min before serving.
Now tell you mama how much you love her and enjoy some fritatta together! 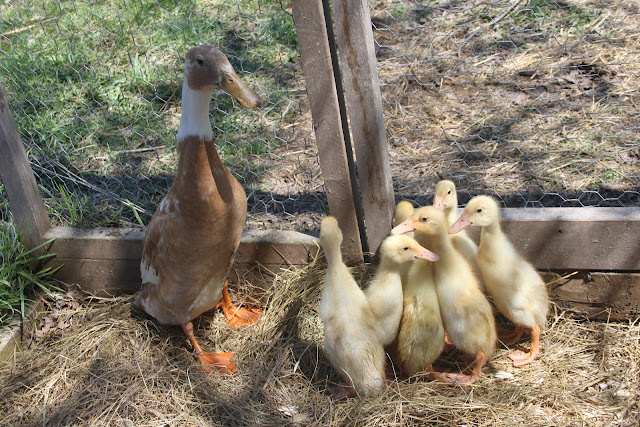 Mamasita the duck-is she the mystery egg layer? 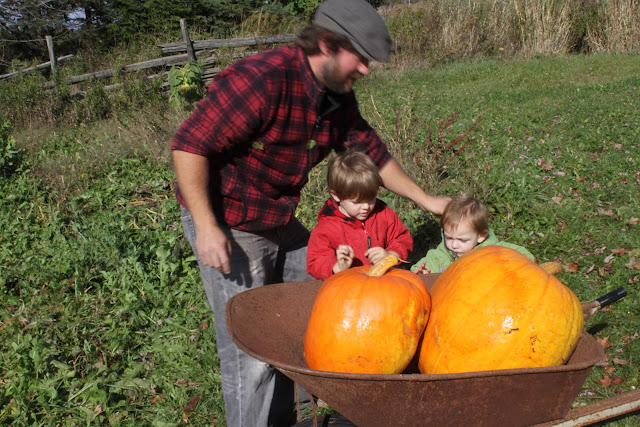 Picking our monster pumpkin out of the garden last fall, and the boys helping to cut the biggest one open this March! 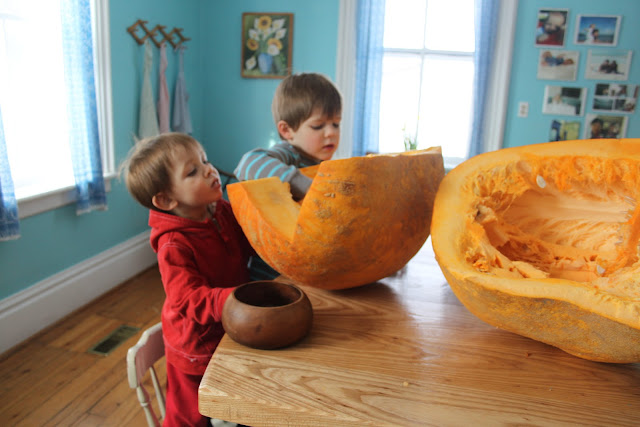