All is right with the world! We have another farm to move to and we can start putting in a garden right away!

We had just found out last week we had to leave the farm we were living on; such is the plight of the landless peasantry. Having spent four years in Honduras working in development, we haven't been able to quite save enough to buy our own land now that we're back in Canada, so we've been renting a house on a farm. Unfortunately, although our landlord knew we had begun putting in a garden in March, he waited until mid-May, last week, to tell us that he was selling the property and we would have to leave by the end of July.

Suffice it to say, we were royally bummed, after having put in many hours to prepare our garden this year, and we were worried that we wouldn't be able to find another place in time to start another garden this year. Having a big garden and learning to live off the land is the main reason we left the city, and it was frustrating to think that we just might be robbed of our garden this year.

Because we just found out about this last week, when it was already late in the spring, we felt the need to find another place soon or risk being too late in the season to start a garden. We weren't having any luck finding a place until some wonderful friends, Katie & Mike, saved the day! 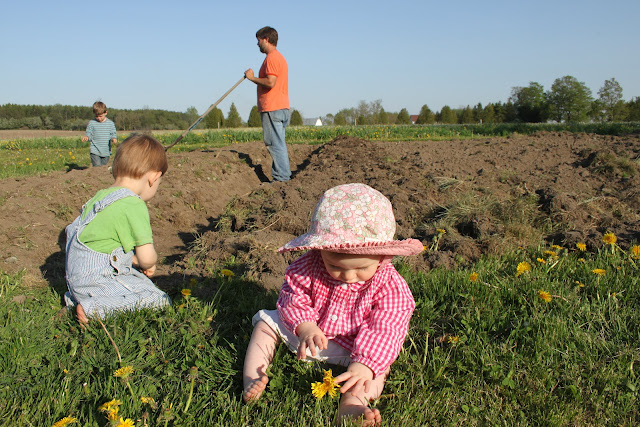 This amazing, very kind-hearted couple offered to let us rent their place, with the idea that they would move to another house owned by Katie's parents. They told us that we could start planting our new garden in their yard right away, even though we wouldn't be moving until August. Because their house is just down the road, it would actually work out fine to manage the garden, as I could easily go over with the kids every day to weed and water.

We had been thinking of moving into another house owned by Katie's family, but because there is farm machinery and trucks going in and out every day, we were worried that it wouldn't be a safe environment for our boys. Katie's entire family is so thoughtful, as without us even mentioning our worries about the daily traffic at the house, it turned out that her family was also discussing the dangers in this situation.
Katie called me on Monday morning and floored me with her suggestion that we move into their current house and her and Mike take the other one, meaning that they would leave the house that they had just moved into two years ago and spent many hours painting and improving.
At first I told her that I couldn't think of taking her house, and having them go to all the trouble of moving, but she convinced me that it would be better for them to be closer to the horses at the other house and to their office, so I gratefully accepted!

Katie and Mike are so authentic in the way they live their lives-they are both Naturopathic Doctors, and have a wonderful business, Optimum Integrative Health Centre in Fergus, the town closest to us. They not only practise naturopathic medicine, healing others in a holistic way, but have brought emotional support and practical help to our family through their generosity. The health and well-being of our family is completely intertwined with our garden and working outdoors together; this is truly integrative health in action! I hope that we can, in turn, extend kindness to others through our life in this community.
This is definitely one of those times in life where the goodness of others is overwhelming, so thank you Katie and Mike for your kindness to our family. We had been praying that we could find another country house with land for a garden, but didn't imagine that we would be this blessed. God works in amazing ways! This house is more beautiful and in better shape than the one we're in now, and it's on 100 acres of land where we're free to grow an enormous garden. Katie's father very generously just plowed a whole garden bed for us; what an amazing family! 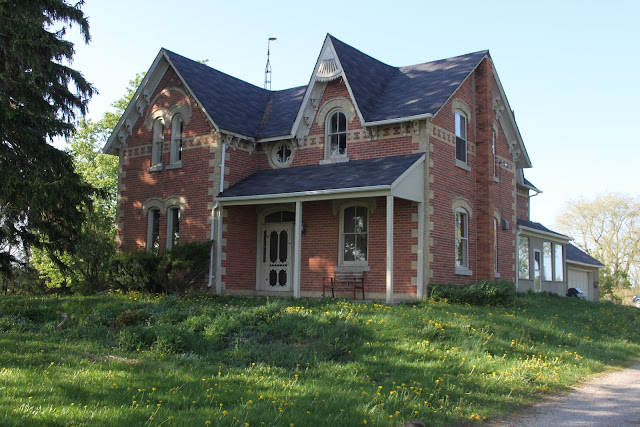 This property is lovely, with sprawling fields, a large hardwood forest, and lots of apple trees! 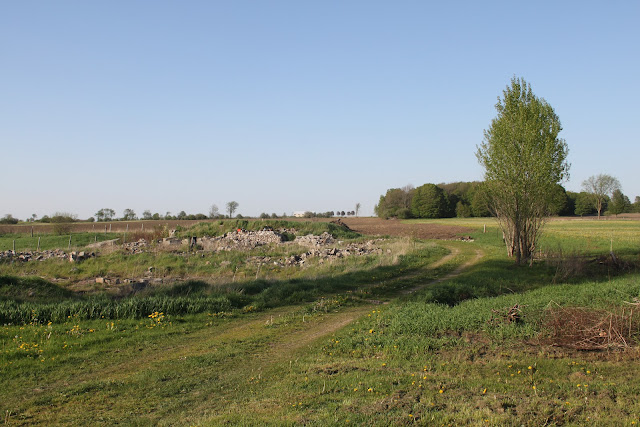 As soon as we had this news, Andy started digging the garden beds right away, trying to make up for lost time! Another bonus: this soil is much healthier and better to work than the soil where we are now! 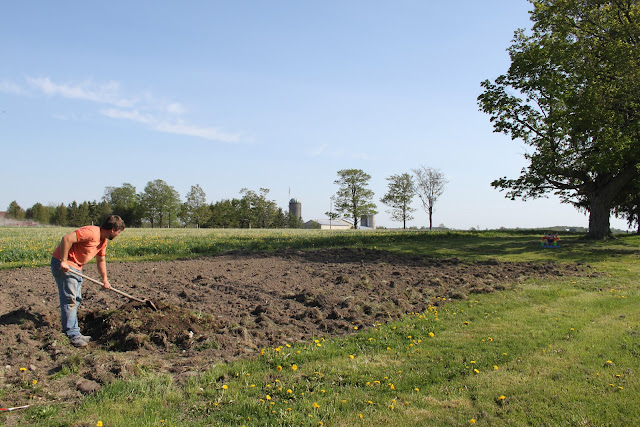 So onwards and upwards...adelante as we'd say in Spanish. We have so much work to do and we're going to be so happy doing it! 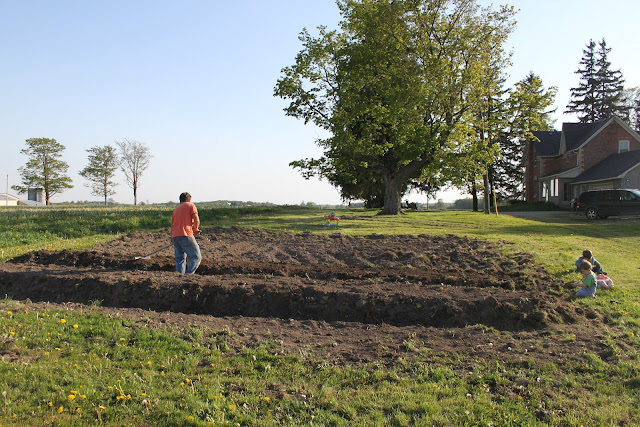