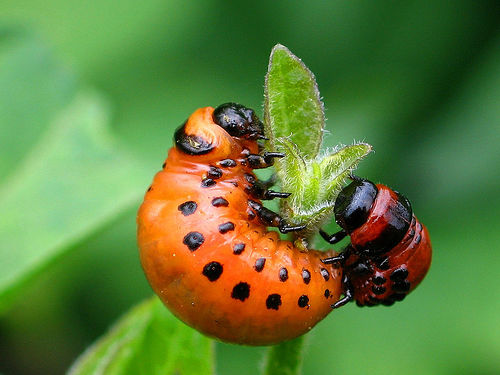 The other day as I was admiring our rapidly growing tomato garden, I was appalled by the site of a bunch of these horrid creatures munching away at a few of the tomato plants. (I'm referring to the orange slimy thing in the photo above, not this charming creature below!)


They were pretty repulsive looking and I had no idea what they were. I picked off all the ones that I could find, relieved that they were only on four plants out of the 60 or more tomato plants that we have growing, and dropped them in a jar of water. Then I sqashed them all, but kept one wrapped in plastic in a jar.

Apparently these ones are the larvae of  Colorado Potato Beetles, and both the larvae and the adult beetles are voracious eaters of eggplant, pepper, potato and tomato. A little far from Colorado, aren't you guys? Let me help you pack your bags-it's time to head on back to the Rocky Mountains!

The adult beetles stay in the soil over the winter and emerge when they catch a whiff of their favorite foods to eat. They then chomp away at the leaves, laying eggs underneath, and the nasty young larvae soon appear on the scene.
This is a good example of why it's important to rotate your garden, as the beetle won't find his ideal menu growing when he wakes up the next year in that spot. Because we're growing our tomatoes in a new garden, built up where our friends grew their garden last year, I'm sure we've discovered a spot where the beetle fed on something it enjoyed last year. We won't grow tomatoes in the same place next year so hopefully this will help to combat them in the future.

Who better to pick off these slimy creatures than my two boys, who were already equipped with their bug boxes, looking for something to examine. It doesn't hurt that these bug patrollers are the perfect height to find these creatures and pick them off! 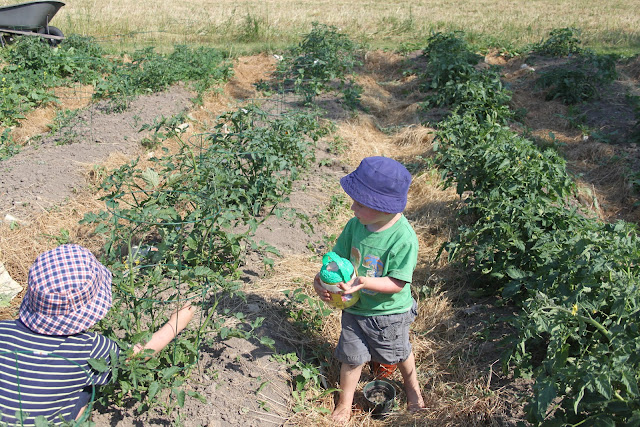 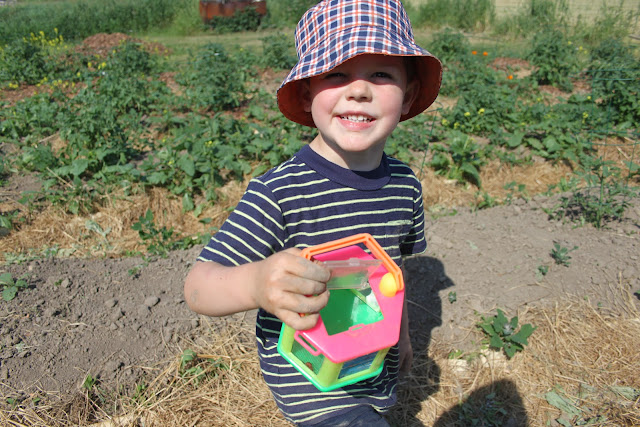 Of course there was some fighting over who got the most larvae and whose turn it was to pick each new larva that was spotted. 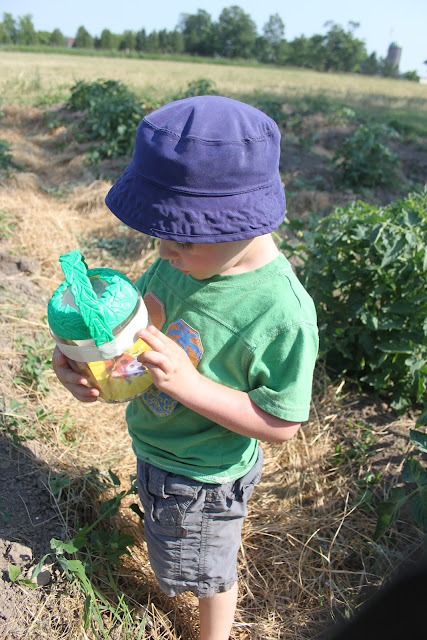 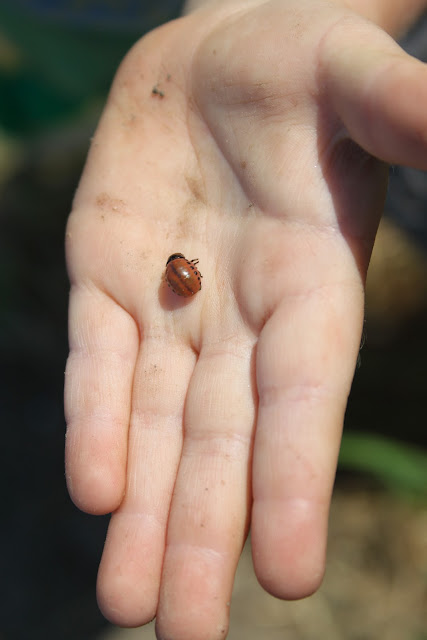 That was nothing over the excitement that ensued when I told them that they were required to SQUASH all of those slimy orange larvae! 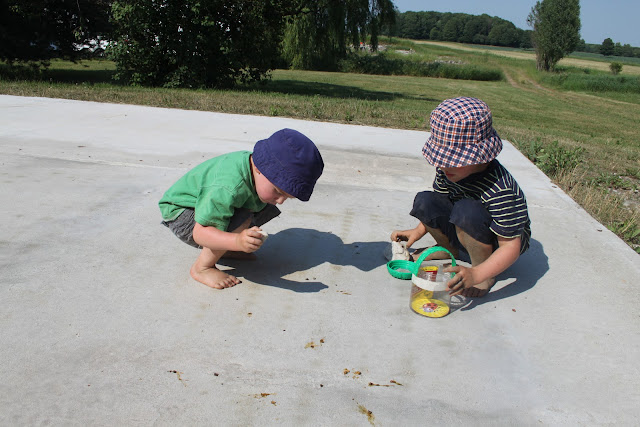 They're used to me telling them that insects are all beneficial in some way, and that we should NOT hurt them, so this squash fest was a blast for these boys! 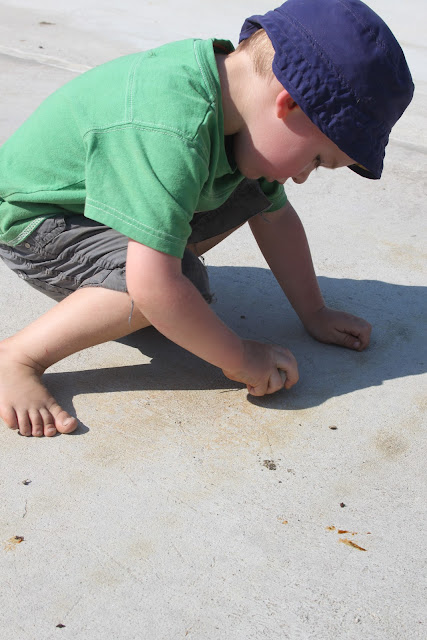 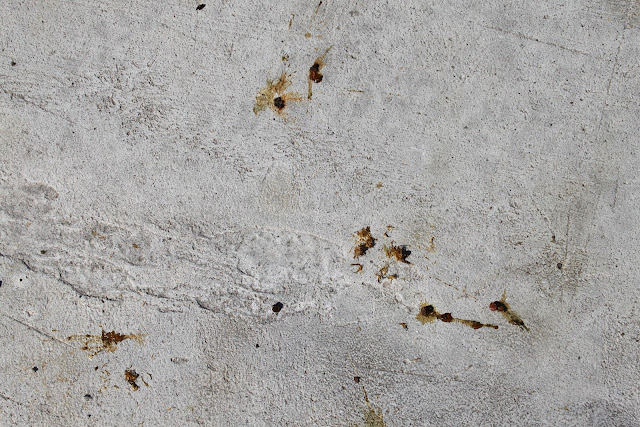 The messy aftermath. It had to happen-tomatoes win out over larvae in our world!
Posted by Anna at 23:07